Mission:
"Training hockey players on how to succeed in hockey and more importantly in the game of life." 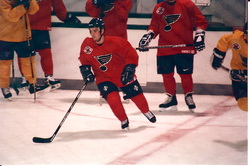 Instructor:
​
Marco Fabbrini started Victory Hockey in 2009 after working three seasons under his older brother's (Carlo) Fabbrini Hockey Camps. Marco helped lead his High School Hockey Team to the State Finals where he was named co-Team MVP and received an All-State Team award. The following year he briefly played Jr. A hockey in Ontario, Canada. During the same season, while 18 years old a door opened for him to practice with six professional hockey teams in the UHL and ECHL. At the age of 19 he attended the Muskegon Fury's main camp of the UHL. He was then given the opportunity to play for ESC Wedemark in Hanover, Germany. The following hockey season Marco was invited to the St. Louis Blues NHL rookie camp. Marco has found a passion instructing players of all ages in the game of hockey. Marco encourages that each player was created for a purpose and for them to actively pursue their God given dreams.

"For I know the plans I have for you," declares the LORD, "plans to prosper you and not to harm you, plans to give you hope and a future. Jeremiah 29:11 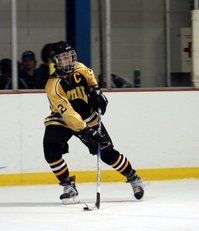 Sergio Fabbrini is Marco's younger brother and has been an instructor for Victory Hockey & Fabbrini Hockey since 2005. When Sergio was 16 years old his slap shot was clocked over 90 mph! He has helped instruct well over 100 Hockey Camps. Sergio was also a part of the 2006 Traverse City Central High School State Championship Varsity Hockey team and in 2007 he was named team Captain. Sergio has found a passion teaching hockey and is a great role model for young athletes. In his spare time, Sergio enjoys cooking, hiking, speaking Italian, pottery, Porsche's, and the outdoors.

"Trust in the Lord with all your heart, And lean not on your own understanding; In all your ways acknowledge Him, And He shall direct your paths." Proverbs 3:5-6